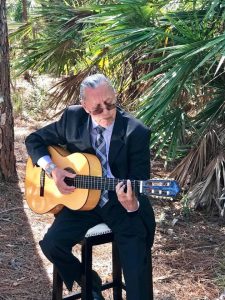 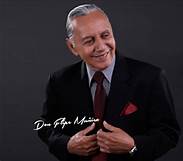 On October 13, 1935, Don Felipe Muñiz was born in San Juan Puerto Rico, to a family that consisted of his parents and six siblings.

At the age of eleven, Don Felipe, his parents and siblings moved to the New York City in search of a better life and new opportunities.

During his teens, Don Felipe began working to help support his family financially.

As a young man, his first two children were born; Michael and Susie.

In 1961 he formed his first quartet; The Quartet Villalba, a quartet that performed in many different clubs in New York. In the years to follow, his last three children Yolanda, Maribel (who died at the age of nine) and Marc Anthony were born.

During these years Don Felipe plunged himself into his passion for music, developing his talent with Mr. Pedro El Canario, owner of the radio station WHOM New York.

The Quartet Villalba often rehearsed in Don Felipe’s kitchen, where a young Marc Anthony sometimes sang, and would eventually become one of the world’s most influential singers and actors.

In addition to singing, Don Felipe has many talents; including acting and drawing.
Don Felipe dedicated his life to raising his children, and to giving them a life free from drugs and the street life. Secure in that, he is now embracing his dreams.

Don Felipe was, is and will be a key influential figure in the life of his children, with whom he still enjoys an excellent relationship.

Don Felipe believes strongly that it is “Never Too Late” to achieve what one has always desired. That's why, at eighty years old, he decided to embark on the realization of a lifelong dream that was always in his heart; to record a musical production. His first album, “Nunca Es Tarde”, gives honor to the phrase, “Never Too Late”. There are many wonderful surprises in this musical production, including a duet with internationally renowned singer Tito Nieves. On May 8, 2016, the whole world will enjoy this duo; the day chosen to launch the world’s first single of this production, “Mientras Duermo”, celebrating Mothers’ Day.

Don Felipe enjoys very good health and promises, if God permits, he will achieve his dreams before leaving this world to reunite with his beloved daughter, Maribel.